The house was built around 1850 for Lucian Clark, possibly by the same builder as the house at 20635 because of similar floor plan, limestone sills and lintels of cream city brick. It is a very well preserved example of fairly affluent dwellings of the 1850’s. 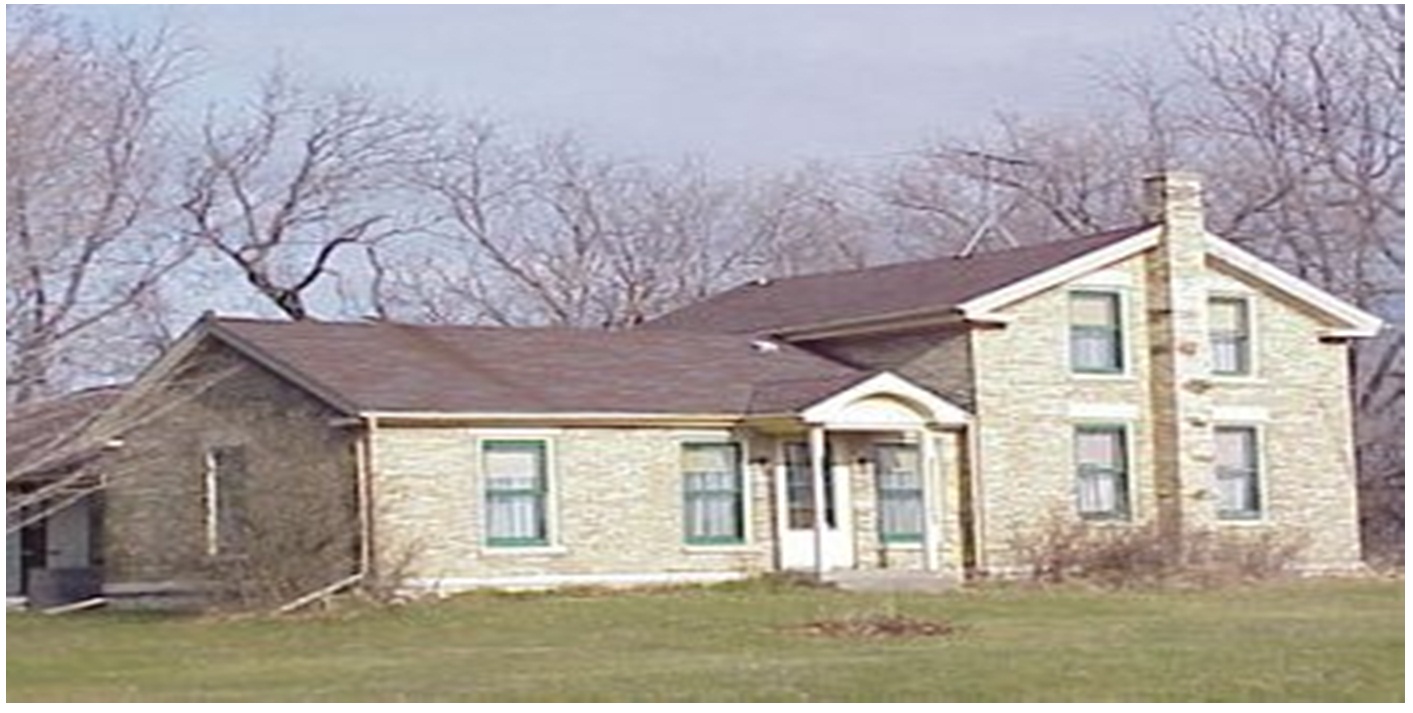 The house is in excellent condition and is a two story upright Greek Revival-style home. One story at the west side originally contained a deep set-in porch in New York style. A cream city brick set-in porch was removed about 1928 by bringing the wall (of original brick) out in line with the wing, and adding a small frame entry porch. At the back a long frame addition was made about 1865 by the Pitman’s, presumably as a dance hall but later divided into three rooms and a pantry. The house was purchased by Jacob Milham in 1872. A dry sink, hand-carved coat hooks, doors and one window were still in the house.

The barn was built by Matt Lehnerer in 1885 on a much older barn foundation. As Lehnerer’s first barn, the angle of hipped roof was not steep enough and a Cupola had to be removed about 1935.

Following the death of Mary Ella Milham, as the last descendant, the house went to Monika (Moni) Streckel, the present owner. The barn has since burned down and has been completely rebuilt on the foundation. The original silo remains but the roof is gone   It is registered on the National Register of Historic Places.