The Cupola Tower was first located at 2240 South Moorland Road. The Ozanam Home was originally built, financed and donated in 1930 by the Smith family of the A.O. Smith Corporation.  The convalescent home was an extension of the Children’s Hospital and was used to house the care of long-term patients during the poliomyelitis epidemic.

In June 1955, when that need decreased and new facilities were added to the Milwaukee Children’s Hospital, the existing buildings and land were put up for sale.  The 85-acre property was sold on August 28, 1955 to the St. Vincent de Paul Society to replace the nursing home facilities on Highland Avenue in Milwaukee.  Patients and staff were transferred to the newly-acquired property and the place was renamed Ozanam Home in honor of Frederic Ozanam, founder of the St. Vincent de Paul Society. 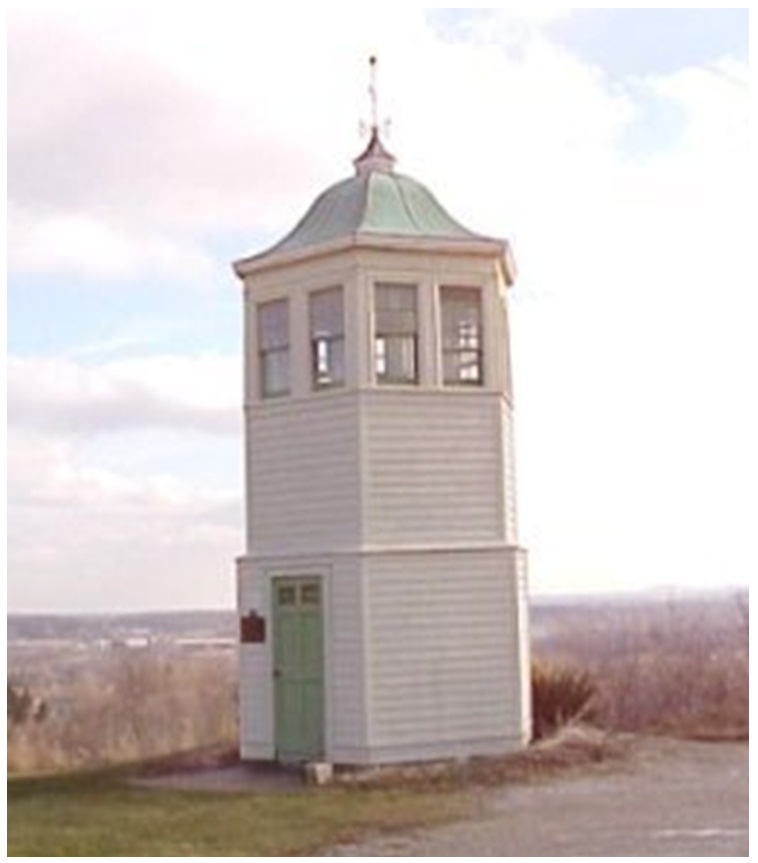 The Franciscan Sisters of St. Joseph from Hamburg, New York, who managed the home for the Society, also moved to the new location.  In August 1966, when the St. Joseph community withdrew its sisters from the home, it was purchased by the Franciscan Sisters of Christian Charity of Manitowoc.  In January of 1970 it became a retirement center for the Manitowoc Franciscans.  From 1981 to 1988, the Ozanam Home in New Berlin served as a retirement home for the growing numbers of retired and semi-retired numbers of the 105 year old order.  The Cupola Tower was removed from the roof of Ozanam Franciscan Sisters retirement Home when the property was sold for the Sanctuary Development.  The Cupola Tower was moved to this site on January 31, 1992 and subsequently designated a New Berlin landmark.